Some 200 guests attended the opening of the exhibition at Oriel Plas Glyn-y-Weddw, Llanbedrog, Pwllheli on 26 January, many of whom had travelled considerable distances to be there. Following an introduction by Gwyn Jones, the gallery’s director, the exhibition was opened by David Townsend Jones, who spoke on behalf both of Jonah’s family and Scene & Word. For his full speech, during which he announced the publication of the new paperback edition of The Gregynog Journals, click here.

Highlights of the speech included:

After the opening, Peter Jones gave an illustrated talk about the life and career of Jonah Jones. This was followed by a bilingual group discussion, led by Gwyn Jones, about personal memories of Jonah, involving Robin Llywelyn, the managing director of Portmeirion; David Sherlock, chairman of GTA England, who was Jonah’s assistant director at the National College of Art and Design in Dublin from 1974–78; and sculptor Meic Watts, who during the late 1980s shared a workshop with Jonah. Both events attracted audiences of about a hundred.

The exhibition will run for six weeks until 17th March and will include a programme of related events involving some of the Connection artists:

For further details about the exhibition and the various activities, visit www.oriel.org.uk 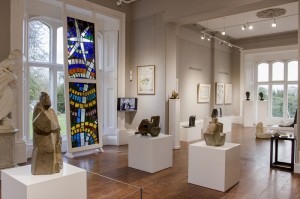 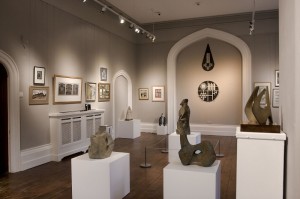